An exciting return to the stage of Leioa Kantika Korala after the confinement. 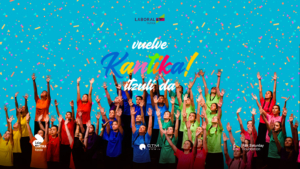 It was founded in 2001 at the Leioa Municipal Conservatory on the initiative of its director, Basilio Astúlez. It is made up of 45 boys and girls aged between 11 and 18, all of whom are students at the centre. Its main objective is to make them enjoy choral music and to broaden their musical training, covering the greatest possible variety and wealth of styles and repertoire.

Leioa Kantika Korala, one of the most prestigious children’s choirs in the world, makes an impact through its excellent artistic level, its incredible sound and musicality, its innovative programming, as well as its colourful and dynamic choreography. There are many prestigious composers who, from all over the world, have written works for this choir which is a reference point in the current choral scene. 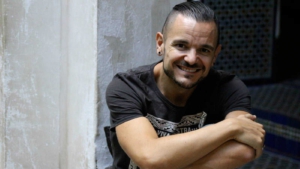 Born in 1975, he graduated in Fine Arts from the University of the Basque Country and studied music in Vitoria-Gasteiz. He trained with a conductor in the courses of the Choral Federation of the Basque Country, as well as in other courses and seminars in Spain and Europe, working with conductors such as J. Duyick or J. Busto, among others.

During the years 1994 and 2005, he taught Choral Singing at the Escuela de Música de Alegría-Dulantzi in Álava and conducted the Aiala Abesbatza women’s choir in that town. Between 1996 and 2004 he was also conductor of Alaitz Abesbatza in Vitoria-Gasteiz, with whom he won numerous first prizes in national and international competitions, including the Grand National Prize for Choral Singing in 2000. In 1999 he founded the female chamber group Vocalia Taldea, which has also won important international awards (Tolosa, Torrevieja, Maasmechelen, Arezzo, Cork…).

Please enter your email to verify the virtual entry.

360° display is not available on iPhone and iPad devices. You will be able to enjoy the concert, but without the 360º experience.

This site uses cookies. By continuing to browse the site, you are agreeing to our use of cookies.

We may request cookies to be set on your device. We use cookies to let us know when you visit our websites, how you interact with us, to enrich your user experience, and to customize your relationship with our website.

Click on the different category headings to find out more. You can also change some of your preferences. Note that blocking some types of cookies may impact your experience on our websites and the services we are able to offer.

These cookies are strictly necessary to provide you with services available through our website and to use some of its features.

Because these cookies are strictly necessary to deliver the website, refuseing them will have impact how our site functions. You always can block or delete cookies by changing your browser settings and force blocking all cookies on this website. But this will always prompt you to accept/refuse cookies when revisiting our site.

We fully respect if you want to refuse cookies but to avoid asking you again and again kindly allow us to store a cookie for that. You are free to opt out any time or opt in for other cookies to get a better experience. If you refuse cookies we will remove all set cookies in our domain.

We provide you with a list of stored cookies on your computer in our domain so you can check what we stored. Due to security reasons we are not able to show or modify cookies from other domains. You can check these in your browser security settings.

These cookies collect information that is used either in aggregate form to help us understand how our website is being used or how effective our marketing campaigns are, or to help us customize our website and application for you in order to enhance your experience.

If you do not want that we track your visit to our site you can disable tracking in your browser here:

We also use different external services like Google Webfonts, Google Maps, and external Video providers. Since these providers may collect personal data like your IP address we allow you to block them here. Please be aware that this might heavily reduce the functionality and appearance of our site. Changes will take effect once you reload the page.

The following cookies are also needed - You can choose if you want to allow them: